The FBI is urging Olympic athletes to leave their personal cell phones at home and instead take burner phones to the Beijing Winter Olympics this month, as well as the Paralympics in March. The warning cites the potential for "malicious cyber activities," including ransomware, malware, data theft, and distributed denial of service attacks, among others, according to the bureau.

The agency’s warning specifically said, "The FBI urges all athletes to keep their personal cell phones at home and use a temporary phone while at the games. The National Olympic Committees in some Western countries are also advising their athletes to leave personal devices at home or use temporary phones due to cybersecurity concerns at the Games."

The scale and reputation of the Olympic Games make the event a target for those with malicious intent. According to the FBI, the 2020 Tokyo Olympic and Paralympic Games were the targets of more than 450 million cyberattacks that were ultimately unsuccessful.

While not aware of "any specific cyber threat against the 2022 Olympics" the FBI added that it is important that those at the games be "vigilant and maintain best practices in their network and digital environments."

FBI Also Raised Security Concerns with The My2022 Olympic App 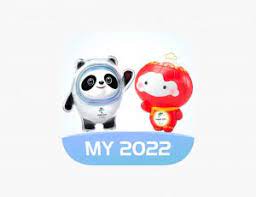 Due to the ongoing COVID-19 pandemic, athletes at this year's games are required to download the My2022 app to track their health while in Beijing or to utilize it on a web browser, according to the FBI. In the International Olympic Committee's guidebook for Olympics participants, the organization states that all athletes traveling to Beijing from outside of the country are required to download and use the app's "Health Monitoring System" for 14 days before departing for China and for the duration of their stay.

The FBI warns that the app could pose a potential security risk to attendees, as could other commonly used programs like digital wallets. Such apps could be used by attackers to "steal personal information or install tracking tools, malicious code, or malware," the agency said.

The FBI's warning echoes the findings of last month’s report issued by researchers at The Citizen Lab, a group based at the University of Toronto. Their analysis found that the My2022 app had the potential to be infiltrated by hackers, in addition to raising censorship concerns. Users are also required to provide sensitive information on the app, but where such information will end up and who will be able to view it is hazy, according to the report.

Cybersecurity threats are always evolving and extend well beyond the business enterprise, affecting many aspects of our daily lives. To take preventative steps and implement ongoing Security Awareness Training at your organization, contact Radiant Resources today.